All CASA Programs are required by both National and State CASA Program Standards to ensure that every volunteer receives 12 hours per year of ongoing in-service training.

There are so many great ways to get this training – books, podcasts, movies, online training as well as in-person classes and speakers.

As you complete any of the training opportunities, please log your training hours in Optima. If you need help logging your hours, feel free to email Allie Bihl at allie@floydcountycasa.org

*All book summaries are taken from www.amazon.com/books*. 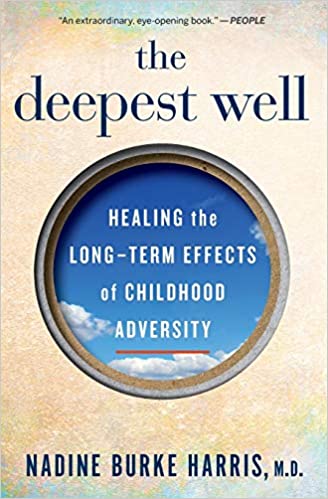 Dr. Nadine Burke Harris was already known as a crusading physician delivering targeted care to vulnerable children. But it was Diego—a boy who had stopped growing after a sexual assault—who galvanized her journey to uncover the connections between toxic stress and lifelong illnesses.

The stunning news of Burke Harris’s research is just how deeply our bodies can be imprinted by ACEs—adverse childhood experiences like abuse, neglect, parental addiction, mental illness, and divorce. Childhood adversity changes our biological systems and lasts a lifetime. For anyone who has faced a difficult childhood, or who cares about the millions of children who do, the fascinating scientific insight and innovative, acclaimed health interventions in The Deepest Well represent vitally important hope for preventing lifelong illness for those we love and for generations to come​.


How to Be an Antiracist: A Memoir by Ibram X. Kendi


The Orchid and the Dandelion: Why Some Children Struggle and How All Can Thrive by Dr. Thomas Boyce


The Body Keeps the Score: Brain, Mind, and Body in the Healing of Trauma by Bessel Van der Kolk, M.D.

In The Body Keeps the Score, Bessel Van der Kolk uses recent scientific advances to show how trauma literally reshapes both body and brain, compromising sufferers’ capacities for pleasure, engagement, self-control, and trust. He explores innovative treatments—from neurofeedback and meditation to sports, drama, and yoga—that offer new paths to recovery by activating the brain’s natural neuroplasticity. Based on Dr. van der Kolk’s own research and that of other leading specialists, The Body Keeps the Score exposes the tremendous power of our relationships both to hurt and to heal—and offers new hope for reclaiming lives.

The Power of Vulnerability | Brene Brown


Social Services are Broken: How Can We fix them | Hilary Cottam

The Trials of Gabriel Fernandez | Available on Netflix